In Memory of
Robert
Roberson
1928 - 2022
Click above to light a memorial candle.
Memorial Candle Tribute From
Getz Funeral Home
"We are honored to provide this Book of Memories to the family."
View full message >>>
Send Flowers
Menu 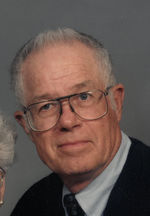 Dr. Robert Roberson went to be with the Lord on April 28, 2022 at the age of 93.
He was born July 3, 1928 to Robert and Vinnie Roberson in Tuckerman, Arkansas and grew up in Benton, Arkansas.
Robert married Billie Walls on October 5, 1951 and although they were married for over 70 years, he always jokingly referred to her as “his first wife, Billie.” Together they created a loving and fun home for their six children.
Robert is survived by his wife Billie, their children, Tommy, Benton, Ark. Hope Buck (Bobby), Alamogordo, Neil (Laura),Las Cruces Kathy Wood (Jeff),Las Cruces Sara Watson (Jay),Midland Texas and daughter-in –law Cristina Fernandez, Las Cruces. He is also survived by his grandchildren, Bradley, Brian, Jenny, Heather, Daniel, April, Carly, Lisa, Ryan, Nikki, Kelly, Annie, Charlie and Tanner as well as 14 great grandchildren.
Also surviving Robert are his twin sisters, Francis Fortier, Oregon , Virginia Fioravanti, California and his brother, Delano Roberson, Arkansas.
Robert was preceded in death by his son, Dennis Roberson, and his brothers, Edwin and Jerry Roberson
Dr. Roberson graduated from Benton High School and started his college education at Arkansas Tech in Russellville, Arkansas. He then transferred to Oklahoma State University where he earned his Bachelor’s degree in Animal Science and Agricultural Education then went on to the University of Arkansas where he received his Master‘s degree in Animal Nutrition with an emphasis on Poultry. In 1959, he graduated from Michigan State University with a PhD in Nutrition with a minor in Physiology and Biochemistry.
After completing his education, Robert moved his family to Las Cruces, New Mexico, in order to teach and do research in the fields of animal nutrition and poultry science at New Mexico State University where he stayed until retirement after 31 years of service.
Robert was a longtime member of Calvary Baptist Church where he served as a Deacon and as Building Director when the church moved to its current location.
Robert enjoyed storytelling and entertained us with many stories of his childhood antics and growing up during the Great Depression. He was a lifelong and curious learner. He enjoyed building things and built our family home. He loved being outside, camping, hunting and traveling. Robert always had a smile on his face and a ready joke. His friendly and outgoing nature endeared him to the people around him.
A memorial service celebrating Robert’s life will be held Saturday, May 7, 2022 at 10:00 AM at Getz Funeral Home, 1410 East Bowman Avenue, Las Cruces, New Mexico.
The family would like to thank Harvey Vallo, aka “Big Boy,” aka “Little Billy Harrison,” and many other colorful names for his amazing kindness, compassion and humor while caring for our beloved father. We would also like to thank Amber from Mesilla Valley Hospice for her support.

To send flowers to the family or plant a tree in memory of Robert Roberson, please visit our Heartfelt Sympathies Store.