In Memory of
Earl Harry
Phillips Jr.
1942 - 2022
Click above to light a memorial candle.
Memorial Candle Tribute From
Getz Funeral Home
"We are honored to provide this Book of Memories to the family."
View full message >>>
Send Flowers
Menu 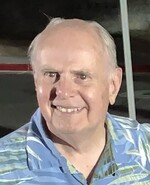 It is with great sadness we announce the passing of Earl Harry Phillips Jr. on September 12, 2022, in Las Cruces, New Mexico, just three days shy of his 80th birthday. He was born September 15, 1942, in Salt Lake City, Utah. The 2nd born of three siblings; Earl spent his childhood days in Salt Lake City.

He was preceded in death by his father Earl Harry Phillips and mother Zina Chipman Murdock.

Earl is survived by his wife of 60 years Mary Marwedel Phillips, daughters Rebecca Romero, Kristine Carpenter (Kim) and Gretchen Barlow (James). He was a proud grandpa of Jessica Tanner, Jackson Burns, Ben, and Trent Barlow. He is also survived by his loving sisters Beth Steen (Tim) and Ann Coker.

He served in the Army for 6 years, after which he attended college at Southern Utah University and received his bachelor’s degree in biology. He then attended the University of Northern Colorado where he earned his master’s degree in Educational Media. He also went on and earned a doctorate in Curriculum and Instruction.

Earl was a businessman and educator having owned numerous businesses and spent his career tirelessly committed to public service. He loved being an educator serving in many capacities at the high school and college level(s). In 2010, Earl retired from the Las Cruces Public School District as the Director of Educational Services.

Earl was a devoted member of the Church of Jesus Christ of Latter-Day Saints, with Earl and Mary serving several service missions together. He enjoyed travelling to the Salt Lake City Conference Center to attend General Conference. He and Mary loved travelling together and enjoyed their time as part of an RV group. He was a huge New Mexico State Aggie fan and enjoyed many outdoor activities. He loved spending time at the Mack’s Inn Island Park, Idaho Cabin that he helped his father build when he was very young. Many of his favorite memories were when he took his family there. They loved vacationing with him to the cabin together, going to Yellowstone National Park and floating down the snake river to catch fish.

Those who knew him described him as a man with a heart of gold, who was kind, caring and generous. He valued his membership in the Rotary Club where he served his community tirelessly. He took great joy spending time with his loving wife, daughters, grandkids, nieces, nephews, and friends. Earl was very sweet and constantly smiling. He was funny and had an incredible sense of humor. He told stories that made everyone laugh. Thank you for bringing love and joy into all of our lives. Heaven just gained an angel!

Earl will be interred at the Memorial Mountain View Cemetery in Salt Lake City, UT beside his beloved mother and father in-law Edith and Wilf Marwedel.

A memorial service will be held at 11am at The Church of Jesus Christ of Latter-day Saints, 3210 Venus Street on October 8, 2022, in Las Cruces, New Mexico.

To send flowers to the family or plant a tree in memory of Earl Harry Phillips Jr., please visit our Heartfelt Sympathies Store.