In Memory of
James Kenneth
Kirkland
1948 - 2022
Click above to light a memorial candle.
Memorial Candle Tribute From
Getz Funeral Home
"We are honored to provide this Book of Memories to the family."
View full message >>>
Send Flowers
Menu 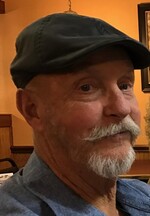 James Kenneth Kirkland (Jim/Kenny), age 74, died peacefully on Wednesday, September 28, 2022, in Las Cruces, NM. He was preceded in death by his parents James Cara Jr. and Dorotha; sister McNessa, father-in-law Merdie, sisters-in-law Helen and Donna, brother-in-law Ronald and other dear members of the Kirkland, Richards, and Albright families. He is survived by his wife Brenda, his children Angela (Larry), Jamie (Chris), and Lori (Patrick), grandchildren, Mitchell (Tina), Amber (Jesus), Brandon, Gordon, Lydia, Cameron, Nathaniel, and Noah,
great-grandchildren Kaiden and Tristan, brothers Bill, Donnie and Charles (Rhonda), Aunt Sue (Robert), mother-in-law Dorothy Maye Albright, brothers-in-law Billy Underwood and Rodger (Kathy), sisters-in-law Edna (Ray), Sandy (David), Janice (Dale), Lois (Danny), Phyllis (Kevin), extended family, friends and the beloved community of the Combat Veterans Motorcycle Association.
Jim was born May 9, 1948, in Madisonville, TN to James Cara Jr. and Dorotha Kirkland. He was the second born of 5 siblings. They lived on a small farm; his father was a preacher and a farmer. He played football for Madisonville Highschool where he graduated in 1967. Jim started his military career on September 23, 1968, he served a combined 40 years with Active, National Guard and Civil Service duty. While serving his military time he continued his education and obtained a Bachelor of Science and Human Relations and a Master of Science and Organizational Behavior at New Mexico State University. His military career took him many places including Fort McClellan, AL where he was temporarily stationed after returning from Vietnam. This is where he met his wife, Brenda J Albright. They were married in 1970, celebrating 51 years November 7, 2021. He enjoyed hunting, fishing, snowmobile racing, dog

sledding, horseback riding, archery, rifle marksmanship, a luthier, playing an assortment of musical instruments, riding his motorcycle and had a love for racing and antique cars.
Viewing and services will be held at Getz Funeral Home on Friday, October 7, 2022. Located at 1410 E. Bowman Ave. Las Cruces, NM 88001. Public viewing is from 1-2 pm MST with his military honors and services starting at 2 pm. If you are unable to attend in person, his services will be held online and streamed live on Facebook via https://www.facebook.com/getzfuneralhome
In lieu of flowers, donations and cards may be sent to the family at 1993 Calle de Ninos, Las Cruces, NM 88005.

To send flowers to the family or plant a tree in memory of James Kenneth Kirkland, please visit our Heartfelt Sympathies Store.