In Memory of
Patricia
Young (Eglehoff)
1935 - 2022
Click above to light a memorial candle.
Memorial Candle Tribute From
Getz Funeral Home
"We are honored to provide this Book of Memories to the family."
View full message >>>
Send Flowers
Menu 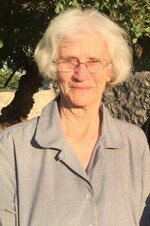 Patricia Ann Young
Patricia was born on August 13, 1935 in North Platte, a small town in Western Nebraska. North Platte was a major railway hub at the time and Patricia’s grandfather engineered the trains. Her grandmother was an amazing seamstress.
Patricia’s parents, Wilma and Orlo Eglehoff, were high school sweethearts who married and had two girls: Patricia and her older sister, Joanne. Patricia’s father joined the Army to help in the fight against Germany in World War II. Unfortunately, a sniper’s bullet killed her father while serving in France and Patricia, her mother, and her sister joined the many Gold Star Families who suffered losses during that War.
In October 1955, Patricia Young met and married Dorrall Young. He too was a World War II veteran having served in the Pacific Theater. Patricia and Dorrall had three children, Rocky, Suzette, and Kent.
They decided they needed a change, and moved to Colorado where they would eventually settle in the city of Littleton and raise their family. Patricia was primarily a homemaker; however, she did enjoy working part-time jobs to help provide secondary educations for her children.
When her children became adults, Dorrall’s job at the Martin Marietta Company took them to Los Angeles, California for a year where she found she just loved the ocean. She always sought a table by the window at her favorite ocean restaurants.
Dorrall’s work then opened up a new adventure for them: discovering the beauty of New Mexico. They moved to Las Cruces, where they would eventually retire.
Patricia and Dorrall bought a boat and enjoyed fishing at local lakes. They also welcomed a black and white Pekingese puppy to their family. Patricia named her Tina and they were inseparable.
She also loved cats! She helped her son Kent foster a litter of kittens he found in his backyard. She kept one of the kittens, a white cat she simply named “Miss Kitty.”
Patricia lost Dorrall in June 2011 and missed him every day until she finally joined him again, in Heaven, on October 26, 2022.
Patricia is survived by her children, Rocky A. Young and his wife, Rose; Suzette A. Young and her spouse, Jennifer; Kent E. Young and his wife, Cheryl; her niece, Vicky Schoenwald and her husband, Daniel.
Patricia is also survived by her grandchildren (Rocky and Rose’s children): Rachel Herrera, Roxanne Young, and Ryan Young and two great grandchildren Jennah Rose Johnson and Brianne Suzette Johnson.
Patricia is also survived by her close friend, Patricia Ann Ross.
Patricia will be laid to rest at Hillcrest Cemetery on November 23, 2022. A service to honor her will be held in the Hillcrest Cemetery Chapel at 10:00 am.

To send flowers to the family or plant a tree in memory of Patricia Young (Eglehoff), please visit our Heartfelt Sympathies Store.